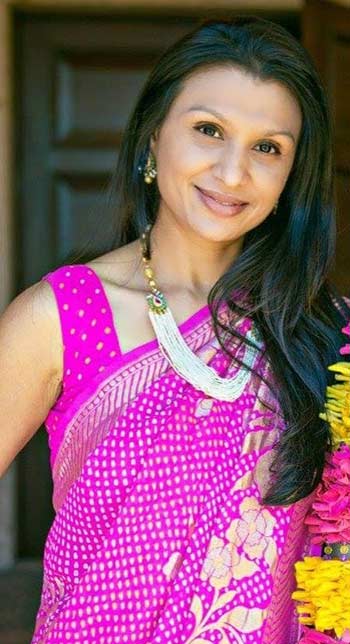 Parita Patel was born in Gujarat, India and spent her childhood in Hydrabad. As a child she would pretend to dance and perform for her family and friends. She would make costumes out of her moms old Sarees and Duppattas, and entertain everyone with her stories. One of her favorite memories of India is going to Shalimar Restaurant and eating her favorite Pav Bhaji before going to the Theaters to watch every new Bollywood movie. She remembers her parents buying her one lollipop each time they went to the theater. When her favorite actor or actress came on, she would quickly unwrap and enjoy the lollipop. Parita loved Madhuri Dixit, and Sridevi and would always imagine acting alongside them in the movies, dancing to their songs over and over again.

When she was 10 years old, Parita and her family moved to Georgia. The Bollywood movies in the Big theaters turned to buying tapes and watching them on the small TV at home. Later, Parita began working as a Respiratory Therapist at Colombia Heart Hospital in Rome, Georgia. At age 24, she got married and moved to South Florida. Her first Bollywood performance in South Florida was at IRCC Idol in 2009, and won first place with her team. She began dancing at various associations with her friends, and acquired her passion for Choreographing as well.

Now, Parita has began teaching her two daughters dance, and choreographing for the community. She puts her heart into every choreography and sometimes stays up until 2:00 am selecting songs, and dance moves for her performances. She is very happy about how far she has come over the past years, and that she can finally bring her home in India to U.S.A!